The bicycle, the bicycle surely, should always be the vehicle of novelists and poets. ~Christopher Morley

The bicycle is a curious vehicle. Its passenger is its engine. ~John Howard

It would not be at all strange if history came to the conclusion that the perfection of the bicycle was the greatest incident of the nineteenth century. ~Author Unknown

Tens of thousands who could never afford to own, feed and stable a horse, had by this bright invention enjoyed the swiftness of motion which is perhaps the most fascinating feature of material life. ~Frances Willard, How I Learned to Ride the Bicycle

Why should anyone steal a watch when he could steal a bicycle? ~Flann O'Brien

The bicycle is the most civilized conveyance known to man. Other forms of transport grow daily more nightmarish. Only the bicycle remains pure in heart. ~Iris Murdoch, The Red and the Green

When man invented the bicycle he reached the peak of his attainments. Here was a machine of precision and balance for the convenience of man. And (unlike subsequent inventions for man's convenience) the more he used it, the fitter his body became. Here, for once, was a product of man's brain that was entirely beneficial to those who used it, and of no harm or irritation to others. Progress should have stopped when man invented the bicycle. ~Elizabeth West, Hovel in the Hills

When I see an adult on a bicycle, I do not despair for the future of the human race. ~H.G. Wells

When I go biking, I repeat a mantra of the day's sensations: bright sun, blue sky, warm breeze, blue jay's call, ice melting and so on. This helps me transcend the traffic, ignore the clamorings of work, leave all the mind theaters behind and focus on nature instead. I still must abide by the rules of the road, of biking, of gravity. But I am mentally far away from civilization. The world is breaking someone else's heart. ~Diane Ackerman

For instance, the bicycle is the most efficient machine ever created: Converting calories into gas, a bicycle gets the equivalent of three thousand miles per gallon. ~Bill Strickland, The Quotable Cyclist

A bicycle does get you there and more.... And there is always the thin edge of danger to keep you alert and comfortably apprehensive. Dogs become dogs again and snap at your raincoat; potholes become personal. And getting there is all the fun. ~Bill Emerson, "On Bicycling," Saturday Evening Post, 29 July 1967

[T]he bicycle will accomplish more for women's sensible dress than all the reform movements that have ever been waged. ~Author Unknown, from Demerarest's Family Magazine, 1895

The bicycle is just as good company as most husbands and, when it gets old and shabby, a woman can dispose of it and get a new one without shocking the entire community. ~Ann Strong

The bicycle had, and still has, a humane, almost classical moderation in the kind of pleasure it offers. It is the kind of machine that a Hellenistic Greek might have invented and ridden. It does no violence to our normal reactions: It does not pretend to free us from our normal environment. ~J.B. Jackson

Until mountain biking came along, the bike scene was ruled by a small elite cadre of people who seemed allergic to enthusiasm. ~Jacquie Phelan

I took care of my wheel as one would look after a Rolls Royce. If it needed repairs I always brought it to the same shop on Myrtle Avenue run by a negro named Ed Perry. He handled the bike with kid gloves, you might say. He would always see to it that neither front nor back wheel wobbled. Often he would do a job for me without pay, because, as he put it, he never saw a man so in love with his bike as I was. ~Henry Miller, My Bike and Other Friends

Get a bicycle. You will not regret it if you live. ~Mark Twain, "Taming the Bicycle"

Cycling is unique. No other sport lets you go like that - where there's only the bike left to hold you up. If you ran as hard, you'd fall over. Your legs wouldn't support you. ~Steve Johnson

The hardest part of raising a child is teaching them to ride bicycles. A shaky child on a bicycle for the first time needs both support and freedom. The realization that this is what the child will always need can hit hard. ~Sloan Wilson

Mankind has invested more than four million years of evolution in the attempt to avoid physical exertion. Now a group of backward-thinking atavists mounted on foot-powered pairs of Hula-Hoops would have us pumping our legs, gritting our teeth, and searing our lungs as though we were being chased across the Pleistocene savanna by saber-toothed tigers. Think of the hopes, the dreams, the effort, the brilliance, the pure force of will that, over the eons, has gone into the creation of the Cadillac Coupe de Ville. Bicycle riders would have us throw all this on the ash heap of history. ~P.J. O'Rourke

After your first day of cycling, one dream is inevitable. A memory of motion lingers in the muscles of your legs, and round and round they seem to go. You ride through Dreamland on wonderful dream bicycles that change and grow. ~H.G. Wells, The Wheels of Chance

If we all, mountain bikers, cyclists, multinational companies, Jo Public, respected the land like old civilizations we wouldn't get so many punctures. Earth's revenge. ~Jo Burt (Thanks, Jacquie)

The bicycle is the perfect transducer to match man's metabolic energy to the impedance of locomotion. Equipped with this tool, man outstrips the efficiency of not only all machines but all other animals as well. ~Ivan Illich, Energy and Equity, 1974

It is by riding a bicycle that you learn the contours of a country best, since you have to sweat up the hills and coast down them. Thus you remember them as they actually are, while in a motor car only a high hill impresses you, and you have no such accurate remembrance of country you have driven through as you gain by riding a bicycle. ~Ernest Hemingway

Nothing compares to the simple pleasure of a bike ride. ~John F. Kennedy

It is curious that with the advent of the automobile and the airplane, the bicycle is still with us. Perhaps people like the world they can see from a bike, or the air they breathe when they're out on a bike. Or they like the bicycle's simplicity and the precision with which it is made. Or because they like the feeling of being able to hurtle through air one minute, and saunter through a park the next, without leaving behind clouds of choking exhaust, without leaving behind so much as a footstep. ~Gurdon S. Leete

Bicycling is the nearest approximation I know to the flight of birds. The airplane simply carries a man on its back like an obedient Pegasus; it gives him no wings of his own. ~Louis J. Helle, Jr., Spring in Washington

There is nothing like walking to get the feel of a country. A fine landscape is like a piece of music; it must be taken at the right tempo. Even a bicycle goes too fast. ~Paul Scott Mowrer, The House of Europe

You never have the wind with you - either it is against you or you're having a good day. ~Daniel Behrman, The Man Who Loved Bicycles

I came out for exercise, gentle exercise, and to notice the scenery and to botanise. And no sooner do I get on that accursed machine than off I go hammer and tongs; I never look to right or left, never notice a flower, never see a view - get hot, juicy, red - like a grilled chop. Get me on that machine and I have to go. I go scorching along the road, and cursing aloud at myself for doing it. ~H.G. Wells, The Wheels of Chance

The secret to mountain biking is pretty simple. The slower you go the more likely it is you'll crash. ~Julie Furtado

Things look different from the seat of a bike carrying a sleeping bag with a cold beer tucked inside. ~Jim Malusa

If you ride you know those moments when you have fed yourself into the traffic, felt the hashed-up asphalt rattle in the handlebars, held a lungful of air in a cloud of exhaust. Up ahead there are two parallel buses. With cat's whiskers, you measure the clearance down a doubtful alley. You swing wide, outflank that flower truck. The cross-street yellow light is turning red. You burst off the green like a surfer on a wave of metal. You have a hundred empty yards of Broadway to yourself. ~Chip Brown, "A Bike and a Prayer"

Think of bicycles as rideable art that can just about save the world. ~Grant Petersen

Most bicyclists in New York City obey instinct far more than they obey the traffic laws, which is to say that they run red lights, go the wrong way on one-way streets, violate cross-walks, and terrify innocents, because it just seems easier that way. Cycling in the city, and particularly in midtown, is anarchy without malice. ~Author unknown, from New Yorker, "Talk of the Town"

All creatures who have ever walked have wished that they might fly. With highwheelers a flesh and blood man can hitch wings to his feet. ~Karl Kron, Ten Thousand Miles on a Bicycle

What do you call a cyclist who doesn't wear a helmet? An organ donor. ~David Perry

Consider a man riding a bicycle. Whoever he is, we can say three things about him. We know he got on the bicycle and started to move. We know that at some point he will stop and get off. Most important of all, we know that if at any point between the beginning and the end of his journey he stops moving and does not get off the bicycle he will fall off it. That is a metaphor for the journey through life of any living thing, and I think of any society of living things. ~William Golding 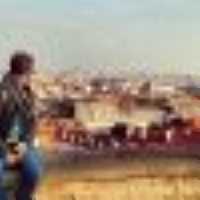 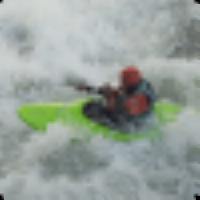 "Every one, who ride a bike is my friend"
(Gary Fisher)